Hey there! If you are looking for some vegetarian German food inspiration, you came to the right website. While researching 10 Classic German Dishes, you need to try once, I noticed again how much meat the German cuisine contains in general. As I try to commit to a more vegetarian lifestyle myself, I wanted to write a blogpost that would not exclude those who don’t eat meat at all or those who pass on meat in Europe due to their religion. So without further ado, let’s dive into the 10 Vegetarian German Dishes, you need to try!

Noodles, soaked in cheese, topped with roasted onions. Käsespätzle, the ultimate soul food, a combination only a German could invent. While it is popular in different regions, Spätzle from Swabia are extra popular. It is a must to have them there, if you get to visit! A little fun fact on the side: the most significant difference between Spätzle from different areas is their choice of cheese for the sauce!

Where to have Käsespätzle: If you are in Düsseldorf, check out HeimWerk. They also deliver delicious Schnitzel, Käsespätzle and Kaiserschmarn!

Ok, this here feels a bit like cheating. The original Schnitzel is made from meat but I actually don’t think this is a reason not to try it, since there are so many vegetarian options out there! It doesn’t matter if you get one that is made from soy or one made of veggies, trying one will be the cherry on top of the cake of your trip to Germany!

One of my favourite German meals is without doubt the Reibekuchen. Imagine grated potato (or also veggies) pressed into a patty and fried in oil until it is crispy. That’s one delicious meal!

Where to have it: You can have Reibekuchen in every German Christmas market where it is usually served with apple sauce. My personal highlight (although it is not that veggie then anymore) is from a restaurant called Stappen, where they serve it with fresh salmon and a honey mustard sauce!

Traditionally Germans have their famous white asparagus with ham, sauce hollandaise and fresh potatoes. Well, of course, you can also have the very same dish without the ham, making it a delicious vegetarian meal. Paired with some veggie Schnitzel you also get the perfect three-component meal, Germans love so bad. But also I heavily recommend preparing your asparagus another way: by wrapping it in aluminium foil along with butter, salt and pepper and then placing your little package on a BBQ. This way of preparing it is even better than the one with sauce hollandaise!

Germans are here for a good time and not for a long time. That’s why even our salads don’t come with greens and veggies but potatoes. The glorious potato salad that we hail to is made from boiled potatoes, mayonnaise and some additional veggies like onions, peas or pickles!

Where to have it: To be honest the best potato salad is always the one a German grandma makes you. However as not everyone is always close to a German grandma, you can also have a look at your closest Brauhaus!

This might sound like a cliché but for a lot of Germans, it is a holy tradition to go into the nearest forest to collect mushrooms, once fall came upon us. One of the best things to make from the collected mushrooms is a delicious Pilzrahmsuppe, which translates to Creamy Mushroom soup! It is very hearty and warming, a portion of wonderful comfort food for gloomy days!

Where to have Pilzrahmsuppe: the best option would be to have a Pilzrahmsuppe after a hike in some German forest. As this is not always possible, either make one on your own or check at your local Brauhaus as usual!

All hail to thee…Laugengebäck! For those who don’t know, Laugengebäck translates into lye pastry and that’s because in order to get its brown crust its dough is covered in lye before the baking process begins. Afterwards it is sprinkled with salt and ready to be eaten! It is utterly popular in Germany and you can have it in every single bakery I would say!

Where to have it: It was first created in Swabia but those who I think consume them the most are people from Bavaria! There a typical question would be “Moagst a brezn?”, where the rest of us would just say “Möchtest du eine Brezel haben?”. But the Bavarians are some kind of special through and through.

8. Berliner – Or the Most Discussed Pastry in the World

Don’t worry: no actual Berliners are hurt during the process of making Berliners. Actually the Berliner is just a fried puff pastry, stuffed with jam and covered in sugar or other toppings. Why is it heavily discussed you may ask? Because when you go into a bakery in Berlin and ask for a Berliner, nobody would know what you mean. Because in Eastern Germany, you don’t call it Berliner, you call it Pfannkuchen (Pancake), which for me as someone from Western Germany doesn’t make any sense, because it is not even processed in a pan! But if you go to Bavaria, you can neither ask for a Berliner or a Pfannkuchen, you have to ask for a Krapfen. Which basically means you need to know your regional Berliner, if you actually want to get one.

Where to have it: Traditionally the Berliner is a pastry that is sold around German Carnival the most. Usually our boss would go to the next bakery and buy a whole pyramid of Berliners for us to share it in the office. However if you are not working in a German office, you might aswell find them in any bakery around the country.

9. Schwarzwälder Kirschtorte or Any Other German Cake

Germans can indeed bake. Despite German Bread, Laugengebäck and small pastries, one thing we really excel in is baking delicious cakes. The most famous one is probably the Schwarzwälder Kirschtorte, which is at this point almost legendary I would say. It contains one or multiple layers of cherries, chocolate cake and cream. I doubt that there is a cake more famous in the entire world. Important side note: if you don’t want to consume alcohol for whatever reason, make sure to ask for the ingredients of the cake before. Often they can contain alcohol.

Where to have it: As the name suggests, for the very best Schwarzwälder Kirschtorte you should check up bakeries in the Schwarzwald. If that’s a journey that is too long for you, I am sure you will find this cake and other ones just as delicious in the next Konditorei! In case you live in Düsseldorf, check out my Guide to the best cafés in Düsseldorf, to find some awesome cafés in town!

Another little piece of heaven in the form of baked goods. The Lebkuchen is something traditionally reserved for Christmas time. Coming from Nürnberg, it is sold in any supermarket and Christmas market around Germany. You can also build cute little Lebkuchen Houses from it to decorate your house around Christmas time!

Where to have it: You can get it anywhere but for the original Lebkuchen, you have to go on a trip to Nürnberg during Christmas time! 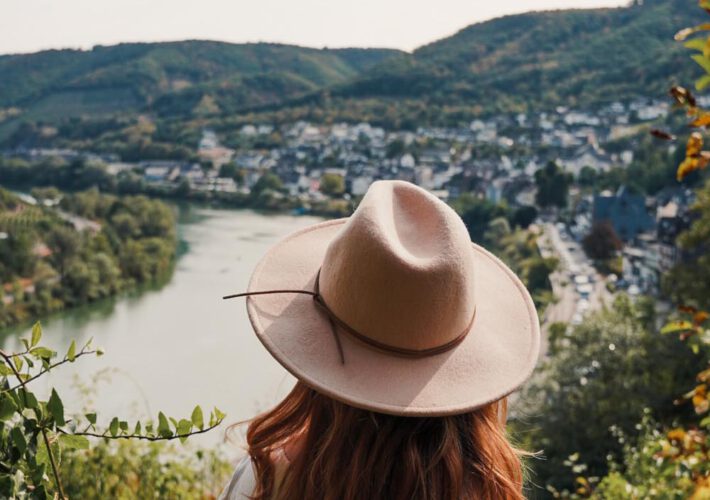 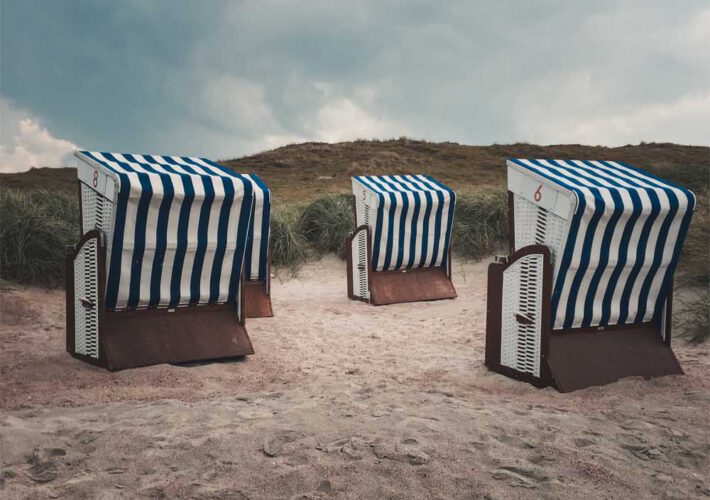 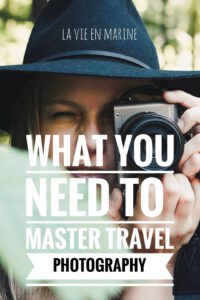